where do I start?
Funerals and Coronavirus/COVID-19 Click here to learn more 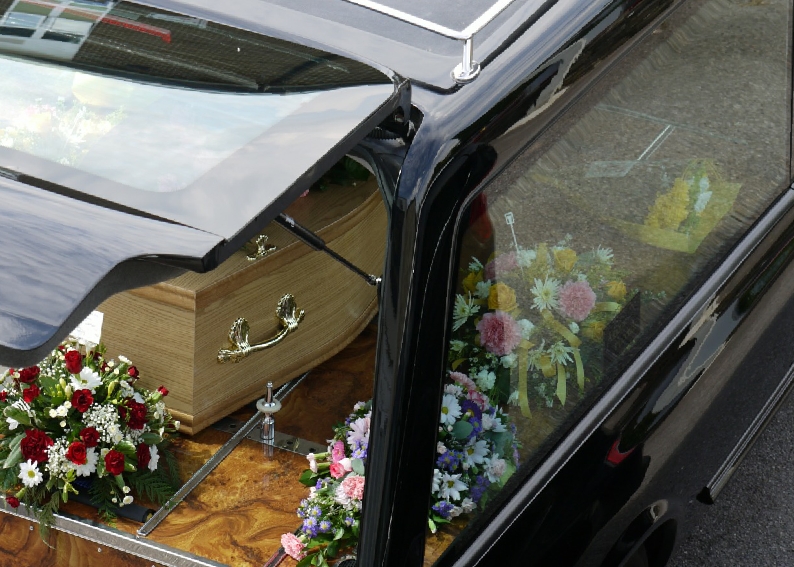 What Our Clients Say

Jo at Albany could not have been more helpful. Everyone involved made the whole process as pleasant as it could be under the circumstances. I cannot recommend them high enough as they were truly wonderful throughout.

I recently lost my elderly father to covid, the team at Albany Maidstone showed myself and my family the utmost kindness compassion and patience. Jim and Matt guided us through the whole process of the initial preparation and planning right through to being there on the day of the funeral for dad's final journey.
Thank you

Thank you so much to all at Albany funerals for helping us through such an awful time loosing our dad - Angela and Matthew went above and beyond to support us and ensure he had the send off he deserved. I truly cannot express how grateful we are for your love and compassion throughout this time. so Thank you from My sister Anne-Marie, myself and our lovely mum Diane xx

Professional, supportive and caring team! Thank you so much, highly recommend.

I really felt that I was handing my darling mum over to a friend when Albany arrived. Their care, advice and attention to detail was second to none...nothing was too much trouble, and both Jo and Jim and actually all the staff I had contact with were all so kind. We were able to have the most beautiful personal service thanks mostly to Jim. Thank you x

Albany funerals were absolutely brilliant from the day we walked into their offices. They handled everything perfectly for me and my family and I cannot recommend them highly enough. It is obviously a horrible time for everyone, but Jo and Matthew made it a whole lot easier. Thank you to you both.

I cannot thank Jo enough for arranging the best possible send off possible in these difficult times. She was such a support to me and nothing was too much trouble. My sincere thanks to you Jo.

I'm so glad we chose Albany Funeral directors as their care of my fathers cremation has been superb especially in these times of COVID 19 restrictions.
The quality of the Avon Ashes Casket would make my dad proud.
I just wish to say a big thank to Jo for the personal finishing touches, 12 hour candles, cards and sweet pea seeds to plant in remembrance.

Simply the best, Jo made use all feel so welcome & at ease in this sad time. Did everything we asked for and more. Worrior flowers where excellent would highly recommend them both.

Yesterday I spent the afternoon with the lovely Jo at Albany organising the funeral for my lovely Mum. Jo made a difficult time a warm and pleasant experience. Her compassion and expertise shone through and I’m not surprised that the team have recent won a national industry award. Thank you so much for looking after someone so special to me xx

Thank you so much for organising my Mothers funeral. The customer service was excellent from talking to Angela to the service itself. Many people came up to me afterwards to say they had never been to a service like that before (they were the older generation) we found out so much about your Mum we never knew it was lovely. So a very special thank you to Bridget Sapiano (Celebrant) for conducting the service.

It was so nice to have the help and guidance from a friendly family business. All the staff were understanding and couldn’t do enough to make sure it was the send off you wanted for your loved one. Couldn’t recommend higher. Thank you all of the Albany team

Wonderful caring people. So helpful and experts in their field. Totally recommend,they helped us above and beyond for which we will always be grateful.

100% amazing service, nothing was to much trouble. Lovely caring people.

I cannot recommend Jo and her team highly enough. Highly professional, genuine and lovely people. They really helped us to organise a bespoke funeral for my father with no religious associations - this was so important, and it was a lovely send off. Just how he would've wanted it. Thanks Jo - with love from me, Leanda and Isabella x

I can't recommend Jo and her team enough. We were able to say our good byes in our own way and I will be forever grateful for Jo holding my hand through the most difficult time.

Joe is a wonderful person. very professional and full of humanity.

As celebrants we work regularly with Albany Funerals. Not only do we find them professional and conscientious in everything they do but, above all else, we find their approach to families comes from a place of kindness and concern. They are very much led by each family as to what they want to do and work very closely with all parties concerned to make sure that the send off you get is the most appropriate for the person concerned. They are amazingly supportive, competitively priced and have a fantastic eye for detail. Would recommend them a thousand times over.

We used Albany Funerals for my Grandmothers funeral.
I can honestly say there would have been nowhere else we’d have wanted her to have been.
The warmth & compassion we were shown was so helpful and heartwarming, at such a sad time.
Jo is such a wonderful & caring person, she was with us every step of the way.
The rest of her team were fantastic on the day too.

Albany Funerals did a beautiful service for my mum, that will forever be in the hearts and minds of those that attended. It was full of dignity for mum, I wish only that she was there to see it. Would very much recommend to anyone.

Jo and her fantastic team at Albany are the perfect combination of compassionate, caring and highly organised. They listen to families, provide a personal service and they always go the extra mile. As a result, every service they arrange and conduct fulfils the wishes of the bereaved families they support. Highly recommended.

After we lost my Father Jo and her team showed great empathy in our struggle to make difficult and suitable decisions, with complete patience.
They couldn’t have done more for us and endeavoured to accommodate our wishes, however unconventional.
I really cannot recommend them enough and will forever be grateful.
We did the best we could for our Dad.

Jo and her team were amazing. Nothing was too much trouble and the attention to detail was great. I can’t thank you enough for the support you gave my family. And the cuddles from Pix were always welcomed. Xx

I could not fault them . I used hem for the funeral of my older brother . From start to finish it was lovely . Even my daughter felt at ease here with there lovely dog, all very relaxed . I could not recommend them enough .

Met Kim at the Ashford office. A very homely and welcoming experience. A real delight at such a sad and difficult time. She was very efficient with the paper work and we felt so relaxed - we kept her there talking for ages. Thank you Kim. I would not hesitate in recommending Albany to our friends, family, anyone.